Learn more about camp and what to expect at Five Star 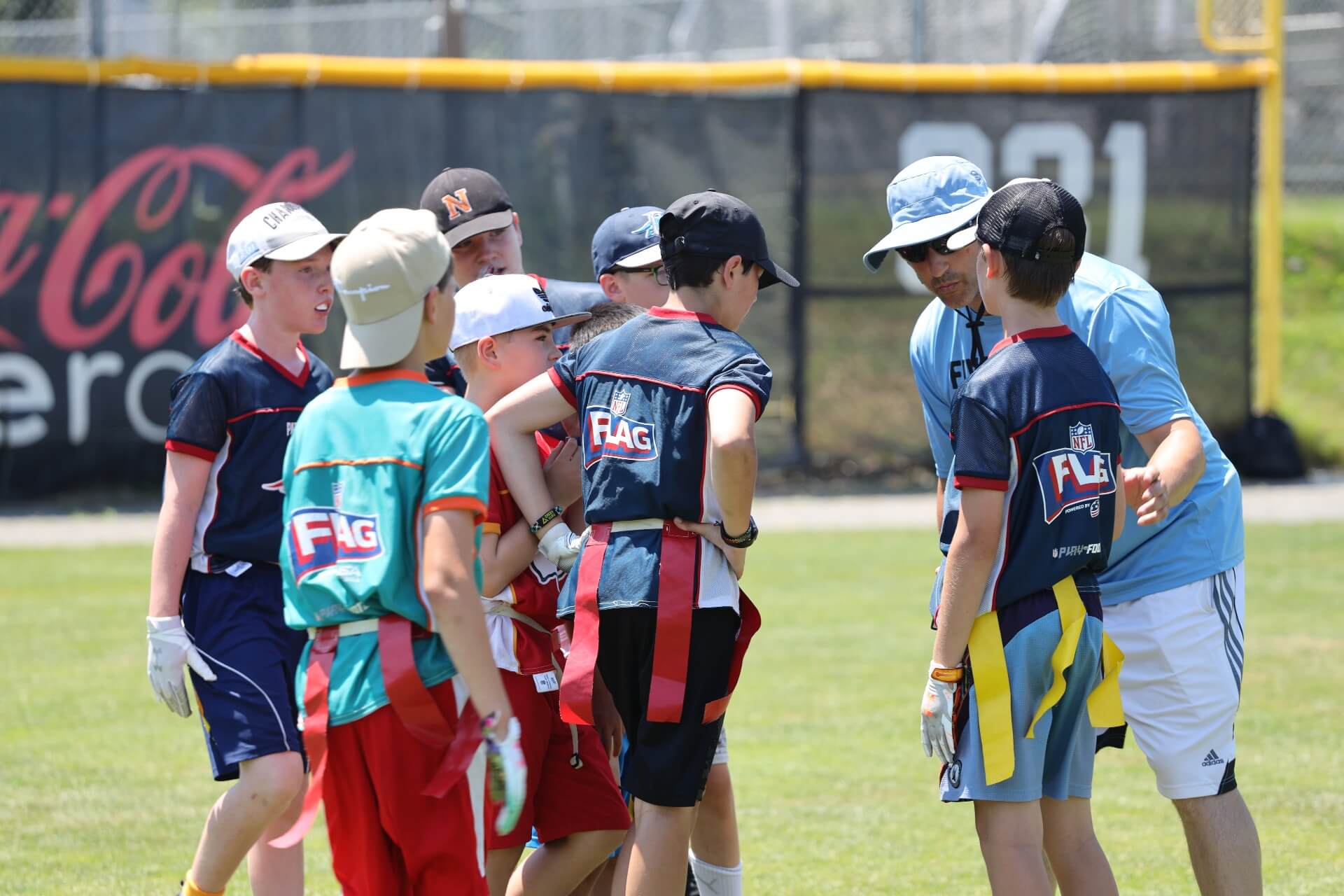 From the Mass. Turnpike (I-90) Eastbound

Take exit 14 for I-95/Rt 128. After the toll, keep left for 95/128 North. While on ramp, exit immediately onto exit 24 for Route 30. Bear left onto Route 30. Turn right at first traffic light onto River Road. Follow this for 1.5 miles, where it turns into South Street. Brandeis is one-half mile ahead on the left, at 415 South Street. Gordon field is located across the street from the main campus.

From the Mass. Turnpike (I-90) Westbound

Take exit 15 for I-95/Rt 128 and Route 30. After the toll proceed straight for Route 30. Turn right at end of the ramp, and then right again at first traffic light onto Route 30. Turn left at next traffic light onto River Road. Follow this for 1.5 miles, where it turns into South Street. Brandeis is one-half mile ahead on the left, at 415 South Street. Gordon field is located across the street from the main campus.

Take exit 24 for Route 30. At end of ramp, proceed through traffic light (across Route 30) onto River Road. Follow this for 1.5 miles, where it turns into South Street. Brandeis is one-half mile ahead on the left, at 415 South Street. Gordon field is located across the street from the main campus.

Take exit 24 for Route 30. Route 30 is one of several options at this exit, so follow signs carefully. Turn left at the top of the ramp onto Route 30. Turn right at the traffic lights onto River Street. Follow this for 1.5 miles, where it turns into South Street. Brandeis is one-half mile ahead on the left, at 415 South Street. Gordon field is located across the street from the main campus. 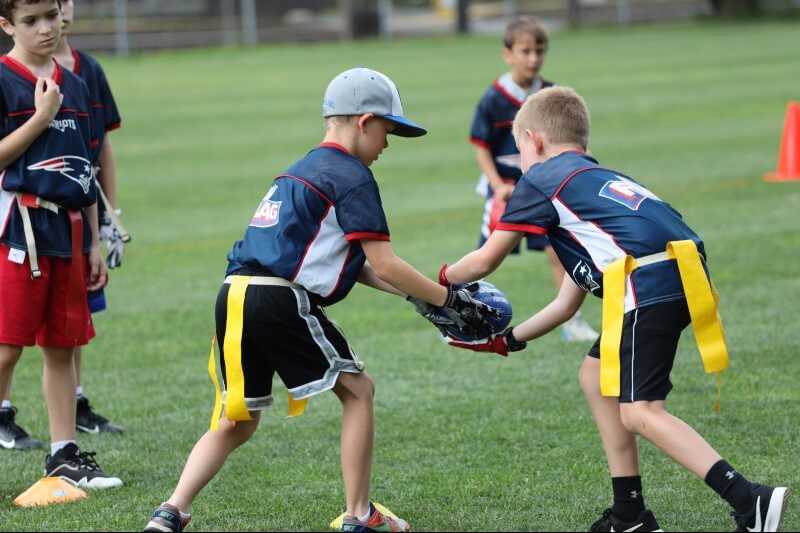 Safety is our top priority! You can never have too many questions concerning safety, education, or the athlete's experience. We are here to answer all of them!

Listed below are some common questions asked by parents and guardians of attendees. If you are unable to find an answer to a particular question you may have, please feel free to call us at 781-727-2644, send an e-mail to info@fivestarflagfootball.com, or communicate with us using our contact page.

How much does it cost to attend Five Star Flag Football?

What is included in the registration fee?

Each child will receive an official NFL flag jersey with a real NFL team logo. In addition, attendees will receive a flag which they will keep. The fee also includes use of the state-of-the- art facilities at Brandeis University.

Payments are non-refundable due to upfront fixed and variable expenses. In the event of cancellation, participants will be able to apply their payments to future programs (In 7 years we only had to cancel one time due to COVID-19 and all families were refunded).

For additional information please read the terms at www.fivestarflagfootball.com/terms.

Yes. We are happy to put children together based on group requests.

Fulfilling the group requests is a time consuming and tedious process. We make every effort to satisfy all requests.

We also want the teams to be fair, and sometimes adjustments have to be made. Please know that we will do everything we can to satisfy your group request. We want every children to have a blast!

What are the program hours?

How does drop off and pick up work?

Drop off
Children may be dropped off between 8:30 AM and 9:00 AM. Attendance will be taken at 9:15 AM. Warm-up activities will be offered to children who arrive before 9:15 AM. Children who arrive late must be walked to a staff member in the field.

Pick up
Children may be picked up between 3:00 PM and 3:30 PM. If you are running late, please let us know. Children will not be left alone.

Pickup and Drop Off Location
Pick up and drop off location is in the parking lot next to the Gordon Field and the Gosman Athletic Center across the street from the main campus at Brandeis University on South Street. Drive into the parking lot and down to Gordon Field. Drop your child off and then circle around the parking lot to exit. Speed limit is 10 miles per hour during drop off and pick up times.

What does a typical day look like at Five Star?

Five Star Flag Football is the best summer sports program in New England. Our strong affiliation with NFL Flag assures that our program provides the summer experience of a lifetime. Each child receives an official NFL Flag football jersey and flag. We have the best facilities in New England. Our program is hosted on Gordan Field at Brandeis University. The synthetic field is state-of-the-art and is similar to the fields played on by your child's favorite NFL player. In the event of unfavorable weather conditions, we are able to run the program inside the beautiful Gosman Athletic Center. Most summer programs are unable to provide attendees with a rainout facility, and no one has a facility as nice as Five Star's. Our staff is comprised of experienced coaches, former professional, All-American, and standout high school athletes. The program utilizes teaching and coaching techniques developed to improve skills and knowledge of the game.

What do children get out of attending Five Star?

Children will learn the proper fundamentals of the game. They will develop a greater understanding of how to become a better teammate and player. This will lead to athletes having increased self-confidence and competitiveness. Children learn by practicing specifically designed drills in a fun and instructive flag football environment. We will improve skills in the areas of passing, catching, kicking, speed, and agility.

Who attends Five Star? Is the program co-ed?

Our program provides first class flag football instruction to both boys and girls aged 6-14 who enjoy playing flag football, are interested in learning the game, and want to get better on a local team. Our coaches are experienced in teaching all age groups and skill levels.

Do all age groups play together?

Children are separated into different groups by age and skill level. It is possible that sometimes there will be competitions or drills in which older kids are playing with younger kids.

What do kids need to bring each day?

Your child will need proper athletic shoes and exercise apparel. Shorts and t-shirts are appropriate, and we recommend packing your child an extra change of clothes. It is mandatory for children to wear mouth guards while participating. Mouth guards will be available for purchase throughout the duration of the program.

You will also need to provide your child with a lunch, snacks, and a water bottle. Unfortunately, we are unable to provide refrigerators, so we ask that you pack accordingly.

Other recommended items include sunscreen and a backpack to keep belongings together.

One of the most important things that we ask your child to bring is an open mind and a willingness to learn. We want our attendees to be enthusiastic about attending our program!

Do you offer food, drinks, and snacks?

Pizza, hot dogs, snacks, sports drinks, and water are available for purchase at our concession stand. There will be designated times during the day when children will be allowed to go with staff members to the concession stand. Children who are not interested in purchasing lunch and snacks are encouraged to bring their own. Prices at the stand are as follows:

What is your approach to child safety?

Safety comes first. Five Star Flag Football wants families to rest assured their children are safe. It is important that parents/guardians provide us with necessary medical information when filling out the registration packet and update us if there are changes. In the event of an emergency we want to be as prepared as possible to adequately handle the situation. Our staff members are trained in CPR/AED and First Aid. During program hours, staff will make sure children are hydrated and nourished. Because some children might have nut allergies, we ask parents/guardians to please refrain from sending any food or snacks containing nuts. It is mandatory for children to wear mouth guards while participating.

Children will be required to stay on Gordon Field or Gosman Athletic Center (in the case of bad weather) and will always be attended. Children will be walked to and from bathrooms, concession areas, and athletic training room. Children will not be allowed to stray off the field or out of the athletic center. Children must remain on site throughout the program hours unless otherwise arranged in writing between parent/guardian and staff.

How does Five Star manage children with EpiPens?

Many of our campers have EpiPens. If your child has an EpiPen, please notify us on the registration form. You can also e-mail or call us to let us know. The EpiPens are stored in cool conditions with our athletic trainer who is stationed in the middle of camp activities. We employ walkie talkie systems and our athletic trainer is always close by.

We prefer that parents leave EpiPens with us for the entire duration of camp, but understand if you need to drop it off and pick it up each day.

What if my child has a medical condition?

Please notify us on the registration form about any known medical conditions your child has. This information is recorded and stored in our medical binder. The medical binder is kept on the field with our athletic trainer at all times.

What are some examples of your safety policies?

Five Star Flag Football has strict rules to ensure the safety of our campers. Here are a few examples: 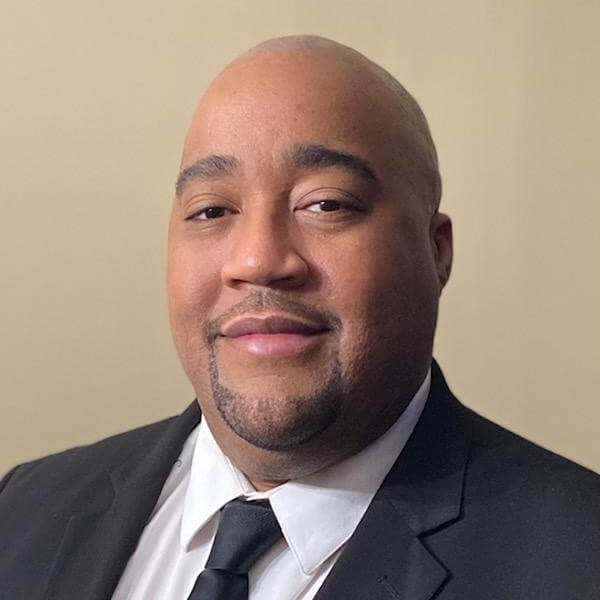 Coach Scott joined Five Star Flag Football in 2018. He is a passionate leader who has over 20 years of experience coaching football and basketball at both the high school and youth levels. He is known for his high levels of enthusiasm and ability to inspire young athletes.

Coach Scott played football in high school and college, earned his B.S. in Physical Therapy from Florida A&M University, and went on to earn an MBA from Cambridge College. After coaching AAU Basketball for several seasons, Amal joined the Middlesex School in 2016 as a basketball and football coach. In 2019, Coach Scott helped lead the football team to the NEPSAC Championship.

Coach Scott is member of the Mass Elite Football Coaching staff. In 2020, he helped lead the team to a third place finish in the National Championship Tournament. 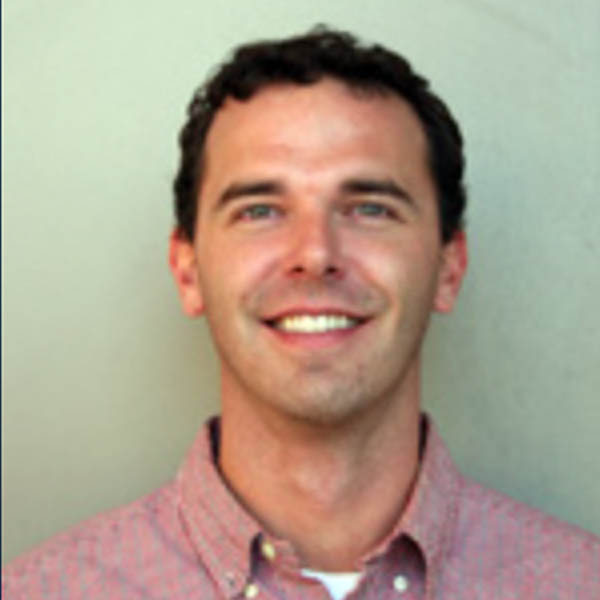 Tom Rand has been working in athletics and recreation for over 20 years. He is a passionate leader with extensive experience running summer programs, intramural leagues, and tournaments for both adults and children.

He was previously director of the Babson College Summer Youth Flag Football program. Rand has a strong background in flag football having directed leagues at Brandeis University, Keene State College, University of South Florida, and University of Vermont. In addition, he has led numerous flag football officiating clinics where he has trained and mentored game officials and staff members. Tom has years of experience officiating games for youth leagues, adult leagues, and corporate tournaments. Tom's summer program background includes serving as an administrator and coach at boys and girls basketball programs at both Brandeis University and Keene State College.

Rand has been Associate Director of Athletics at Brandeis University since 2011, where he oversees recreational programs, facilities, aquatics, event management, student employment, and assists with budgeting, purchasing, and day-to-day operations. Prior to his position as Associate Director, Rand served as Assistant Director of Athletics since 2004. Before coming to Brandeis, Rand worked as the Coordinator for Intramural and Club Sports at Keene State College and as the Intramural Sports Coordinator/Evening Facility Manager at the University of Southern Maine.

A native of Portland, Maine, Rand graduated from the University of Vermont with a B.A. in Psychology. He received his M.Ed. from the University of South Florida while working as a graduate assistant in the recreation department. He also spent a summer interning at the University of New Hampshire. In addition to his sports-related professional positions, Rand has served on committees for the NCAA, ECAC, NIRSA, and NCAS.